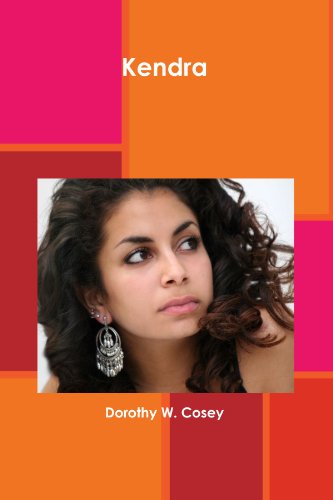 about this book: Kendra is a story about a woman who married for love when she was only a teenager. What she will discover is her husband Dominick is a man that does not respect her as his wife. Dominick flaunts his affairs right under his wife's nose and dares her to complain. Kendra suffered many humiliations by Dominick, yet she clings to the hope that things would change for the better. Kendra is freed from her cruel husband after his untimely death. She continues living her life as a dressmaker and bumps into a man named Wyatt Jension. Wyatt was a gambler and womanizer, but he is sure he can change after meeting Kendra. Wyatt marries Kendra and promises her a good life in the end he will betray Kendra with her own sister Amanda. Amanda is not the least bit concern about Kendra and she wants Wyatt for herself at any cost. She lies and cheats her way through life and in the end she will pay the price for all of her deceptions.

Kendra Kincaid married Dominick Taylor when she was sixteen years of age. She thought life with Dominick would be the perfect romance, but later discovers her husband is a cruel womanizer. She endures his violent tempers and mistreatment until his untimely death... She moves back home and opens a dressmaking business that is successful. Kendra runs into Wyatt a man from her past. The first meeting was when Kendra was married to Dominick. She was attracted to Wyatt then but denies her emotions out of respect for her husband. Their second meeting was by pure accident and Wyatt is determined not to lose Kendra a second time. Kendra has a younger sister named Amanda who wants Wyatt for herself. Amanda will betray Kendra and sleep with Wyatt the same night they announce their engagement. Kendra endures the jibes from her younger sister but still finds her way back to Wyatt. In the past Wyatt had a confrontation with a man named Lucious Decarlo over his sister. Will Wyatt be able to save Kendra from Lucious after he takes revenge? Or will he lose her to his own adultery with the younger sister Amanda?