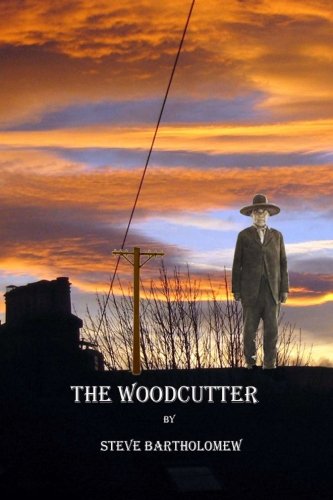 Book: The Woodcutter by Steve Bartholomew

about this book: Wovoka, also known as The Woodcutter, among other names, was the prophet of the Paiute. One New Year's day in 1889 he had a vision, during a total eclipse of the sun. Many natives believed he had saved the sun from going dark. His preaching was simple: Do not lie, cheat or steal, and do your best to get along with the White people. Sadly, there were those who misunderstood his message and chose to go to war in his name. My book is told from the viewpoint of a cynical and disillusioned white man, Dana Reynolds. He's a newspaper reporter forced to relocate to Nevada after losing his job in San Francisco. Hoping not to get involved in other people's problems, he soon finds himself over his head. The White population is in a state of near panic about the strange circle dances going on among the Paiute. Is there going to be an Indian uprising? Dana soon discovers the agent in charge of Indian affairs is as corrupt as any politician he's yet encountered. About the only nice thing in the town of Greenfield is Charlene, the local telegraph operator. However she doesn't think much of him, considering his lack of backbone. The two cultures, Native and White, are on a collision course, and Dana finds himself in the position of point man.

This is my seventh published book. I focus mainly on tales of the West, especially of California and Nevada during the 19th Century. I don't mean Westerns in the classic sense of cowboys, wild Indians and bandits. Most people didn't raise cattle; more people were in the mining industry, which was the main economic foundation of the country. The time was a precursor of modern society, and besides gold and silver, there was a great wealth of strange stories and stranger characters. Anyone even mildly interested in a history of the era will find no shortage of wonderful things to write about.