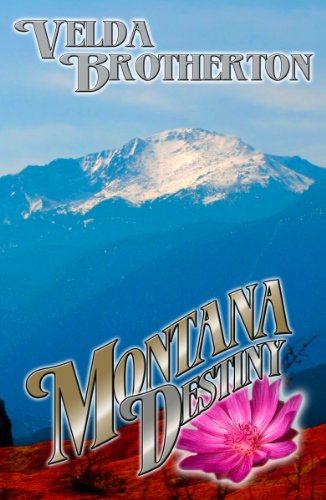 about this book: This completes the Montana Trilogy. When I was a young girl, my Dad went elk hunting every winter in Montana and/or Wyoming. Without revealing my age, that was back when only boys were allowed to do things with their Dads, like go to work, or go hunting and fishing with them. My Dad was a Texan and a storyteller, so he came back with marvelous tales of his time in the mountains. I yearned to see the places he talked about so much.

When I began to write seriously for publication, I chose the Western Historical genre, but soon learned that women weren't suitable heroes for westerns. An editor at Penguin told me if I would change the book to a romance, he'd get it to the proper editor. I did and she bought it for the new Topaz line. They published it so quickly they had to use a computer generated cover featuring the Topaz Man. Normally covers are painted by an artist from the photos taken of cover model's poses, then those are transferred to the cover.

Later I met the handsome young, self-effacing man who had walked into the publishers offices at just the right time and became Penguin's highly promoted Topaz Man. He posed for my first two Montana books, then they decided not to put a sexy cover on the final book, Montana Destiny.

This one is quite gritty and more western than romantic, though it does tell a haunting story of mismatched lovers who overcome immense odds to consummate their passionate love.