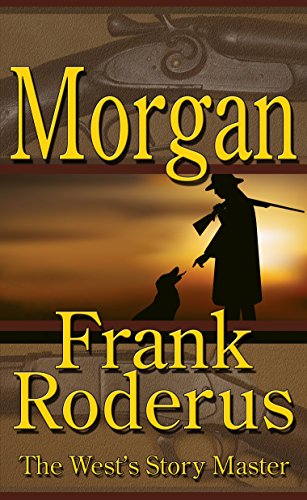 about this book: The Civil War, with its hundreds of thousands of dead, resulted in families left without husbands, brothers and sons. Orphans were left to fend for themselves. The protagonist in this wonderful little book was one of those orphans. We follow his life as he makes the hard decision to leave the family farm and go west in search of gold. Along the way, he enters Barlow in Colorado Territory, an "almighty big country." After a series of events in which he demonstrates his grit, the town asks him to serve as its first town marshal at the young age of seventeen.

The chance encounters in Barlow change his life. We follow him through his marriage, his sometimes heartbreaking job, through his errors in judgement and finally into his old age.

Post Civil War, the west wasn't just "almighty big," it was settled by almighty big men and women, most of whom didn't consider themselves as anything out of the ordinary.

The narrative makes it clear that Morgan falls into this category. He tells his story in a matter-of-a-fact tone, but as he recounts the events of his life, the reader is treated to an in-depth understanding of how the west was settled and the people who did the settling.