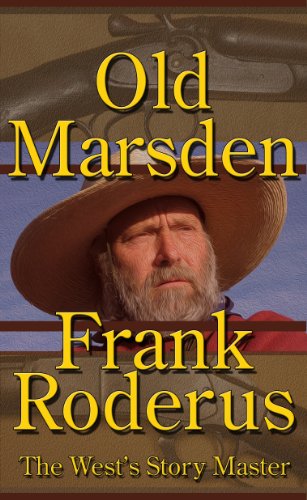 about this book: Another great Frank Roderus Western. Not since Louis L'Amour and Zane Gray has there been a western fiction writer that delivers as consistantly as Frank Roderus.

When old man Marsden was born his parents named him Alvin, but that was a long, long time ago. These days pretty much everybody just called him Cap. Now in his sity's, maybe he wasn't quite as spry as he was back in his trapping and Indian Fighting days, but he could still sit a horse and his aim was almost as fine as ever.

Most of the time, though, he was perfectly content to regale his granddaughter with tales of his exploits as a soldier, trapper and mountain man. But when someone kidnapped the apple of his eye, his granddaughter, there will be hell to play. Ol' Cap wasn't about to leave her rescue up to somebody else. He wouldn't rest until she was home safe and sound. And until whoever took her learned just how much grit Cap still had in him.