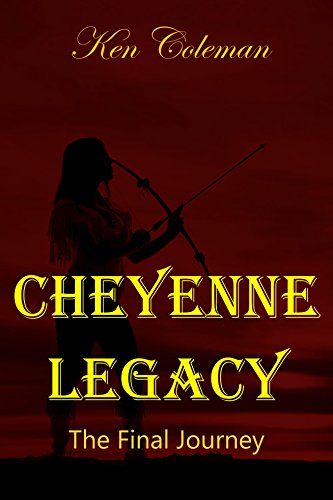 about this book: This is the story of a man who is reluctantly, coerced by his female companion into seeking revenge on a gang of criminals who robbed and left him for dead lying in a pool of blood on a saloon floor.

As they advance their search for the criminals through the desert lands of Arizona, California, Nevada and Utah, he comes to realise that his companion Ruth, the tall statuesque and enigmatic girl who had been raised by Indians from an early age, is far more dangerous and hazardous to his health than the gang of killers they are seeking would ever be.

I wrote this book as the fifth and final chapter in the "Revenge" series of sequels and was motivated to write it by the many positive reviews the previous books had received. The title of the story comes from the legacy that Ruth received from her Cheyenne father in that she was more than capable of taking care of herself with an instinct to kill her enemies with absolutely no compunction or regret for her actions.

The most difficult part about writing the book, was finding a suitable beginning and I attempted many times to write a beginning that would lead the reader into the book seamlessly. Once I had got past the first few chapters, it began to flow quite well, until I came to excerpts where I needed to research different aspects of that period of history which happened often in order to make the story authentic.

I hope the readers will enjoy this final chapter in the series and show their appreciation by reviewing it whether it be positive or negative. Positive reviews give an author the incentive to write more, whilst negative reviews, give one the determination to do better and rectify mistakes. Either way, we greatly appreciate feedback.