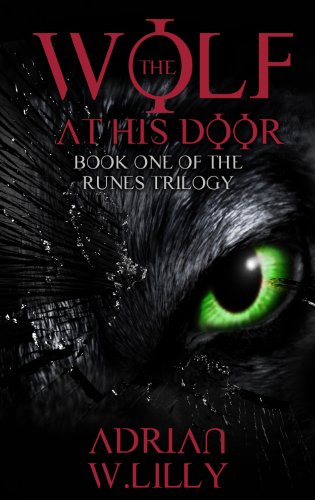 Book: The Wolf at His Door (The Runes Trilogy) by Adrian Lilly

about this book: Werewolves are among us--and they have a dark plan.

At its core, The Wolf at His Door is a fast-paced and bloody ride about a family with a problem: werewolves want to kill them.

For Alec Rune, the main character, the werewolves have a fate worse than death in mind, as he and his boyfriend, Jared, uncover. The novel focuses on their search for truth as the werewolves circle in, ever closer, killing friends and family at will, leading to an epic battle.

The novel also has a softer side, focusing on Alec and Jared's new found love, as well as other relationships, such as Alec's sister's Lucy's relationship with her boyfriend, Rene. The family dynamic is also central, with mother, Ilene, and grandmother, Geraldine, factoring in as strong matriarchs.

As the title suggests with its play on "there's a wolf at the door," danger lurks around every corner.

Video: The Wolf at His Door (The Runes Trilogy) by Adrian Lilly