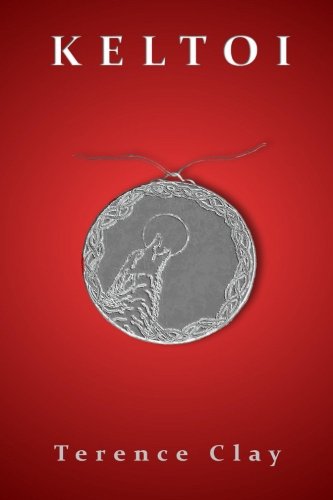 about this book: Keltoi is a fictional story of an ancient tribe, the Kadzait, the original shapeshifters. The beginning is set during the Roman invasion of Britain in the early first century AD. A Celtic tribe is saved from a Roman attack by the Kadzait and sheltered in their village. There they learn the truth about this, supposedly mythical, tribe. The bite of the Kadzait created the werewolves. Two of the Celtic tribe infected were Faolan, their leader, and Quinlan, his brother in arms. The story moves into present day. Faolan protects Susan, who is oblivious that she is the Kadzait heir. Quinlan hates the Kadzait for what they did to him and hunts them. The two werewolves and their packs have battled for almost two millennia, but there is a new player that hunts them all.

I have been a classic horror buff since I was young and especially became attached to the 'Wolfman' with Lon chaney Jnr. I wanted to mix this interest with my Celtic heritage. I think this story would attract readers in their teens and early twenties, but I'm in my forties... and I wrote it. I started writing this manuscript around three years ago, then put it down for a until a few months ago. So maybe five to six months to write. The cover is a picture of how I see the amulet in the story. I drew it, but my wonderfully creative partner made it what it is now. I've added some horror, no slasher type, and a little comedy. Jerry, a character in the book, has drawn so much attention, that I may have to write some shorts on him, maybe more.

I hope all who read it enjoy it, I think there's a little something in it for many different kinds of readers.