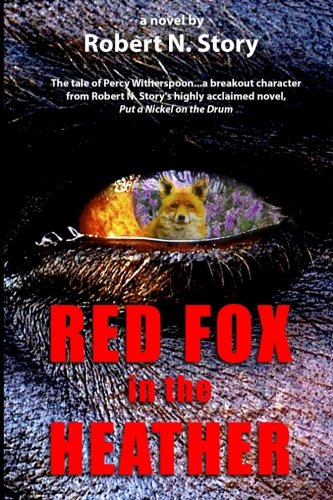 about this book: The story of Percy Witherspoon's eventful, albeit fictional, life begins with his birth in 1898 in the small coal mining town of Birtley, in northeast England. He is the sixth child born to Jonathon and Elizabeth Witherspoon. He will be the first and only boy in a family previously dominated by five sibling sisters. His reluctant birth seems as though it will be an auspicious start to a challenging youth, but it is much more. Percy Stanley Witherspoon's life is filled with adventure, hardship, and pain.

Much to the discomfort of Percy's closest sister, Sarah, he is forced into the coal mine at age twelve because of his father's illness. A close brush with death as a young WWI Commando, his migration to New York City following the war, his job as a bouncer at a Manhattan speak-easy and later chief of security at a swanky Park Avenue apartment complex, and his return to bomb-ravaged London during WWII provide a remarkable backdrop to discovery, romance, and tragedy. Along the way, Percy experiences heartbreaking personal loss. But he also savors the many delicacies that life places before him - - his family in Birtley, the Royal Marines, nurse Nellie Bowman, and a gifted daughter. He befriends a cherished Russian veteran and compatriot named Ivan, Donnie and Jacob Brewster from somewhere in Oklahoma, the tolerant crew of a fishing craft dubbed the "Golden Lily," and an oft-bewildered twelve-year-old apparition who brings him hope, strength, solace - - and even a discomfiting premonition.

Throughout, Percy holds fast to his childhood dream of going to sea. When the opportunity finally presents itself, his near-death war experience comes full circle, bringing him to the realization that, ironically, it may be his sister Sarah's life-long dream he'll ultimately fulfill instead of his own. A story that spans several decades and two World Wars, "Red Fox in the Heather" is a closely researched fictional novel of the period that will hold the reader captive from the opening paragraph to the closing line.

Another Great Story by Bob Story!!

I thoroughly enjoyed this book! I was very drawn into the story and just could not put it down. Bob Story really has a gift for making his characters just about jump off the page—I really felt as if i was right there beside them celebrating their triumphs and feeling the pain of their losses. Really wonderful read that I highly recommend! [by Debbie Lucas]

Red Fox in the Heather was an exciting fast moving story which I stayed up all night to read. At times I felt I was in England working in the coal mines with Percy Witherspoon. The beginning started with his Sister Sarah and the story ending in one of those improbable ending where they Sarah and Percy lived happily ever after. Love those kind of endings! [by J. T.]

Thoroughly enjoyed reading this book. The author made you feel as if you were right there living the story. Drove me to seek an atlas and find the various places. Very educational as well! [by Caroline]

Being born and raised in England, American now. I was intrigued with the British words and their meanings and wondered if the author did his own research or had someone else do it. I found out he did it which impressed me more than ever. I thought most Americans wouldn't know what he meant by some of the jargon. I found the story absolutely captivating. [by Brenda Cork]

I have just completed Mr. Story's book and was very impressed. He had to do a lot of research to cover the period of time this book takes place. His descriptions of people, places, and things made it possible to imagine those periods. The story is excellent (it is really a family saga over many years). He is a very impressive author! [by Dick Zellers]

It was a good read from beginning to end, and the story definitely held my interest. I really enjoyed the historical and nautical background.

A book as interesting as it's title..

I'm not a writer, but I love to read and read a lot. Let me simply say, this was a good story and a very enjoyable read! Full of memorable characters that each had a story to be told. [by JHW]

Best yet by this author

Red Fox in the Heather is another great book by Robert N. Story. This is a great break off from his last book and tells the story of a minor character that turns into the star of his own book! Great character development and a seamless blend of history and fictional events. So riveting that I could hear the voices of the characters in my mind as I read! A very worthwhile read.