Book: Our Gun - The incredible true story of the South African war and Krupp Number Four. by Geoff Michael Lawson

about this book: Our Gun is an unusual story. In a national sense, Krupp Number Four is 'Our Gun'. It is our only 19th century, black powder Krupp, and the first artillery gun trophy brought home from our first international war; therefore it is an icon and a national military treasure. But the story of Krupp N04 is more than a story about a gun. It is really a story of politics and events in far off South Africa that had a profound impact on our political and military history.

At the beginning of the 20th century, these events were at the forefront of public consciousness,just as the Vietnam war was in the 1960's and the war on terror is today. It is a story that is not without drama, and hope, heroics, success, defeat and loss are all a part of it.

Until recently, little was known about Krupp N04, it was merely an unusual relic from a long ago war that has since been confined to the dust bin of history. Once I began to research it, I quickly began to realise just how much of a drama this actually was. Every story needs enigmatic characters and this story is full of them. Kruger, Cronje, Albrecht, Rhodes, Kitchener, Roberts; all bring their unique brand of the human spirit to this story.

This is also a sabre rattler, for Krupp N04 was involved in all the major battles of the Western Front. Now, in the 21st century it is a unique survivor, a lone shadow from a turbulent past. A rare and poignant reminder of a period that was to define us as a country at the end of Queen Victoria's reign. 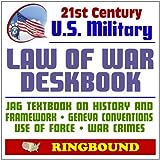