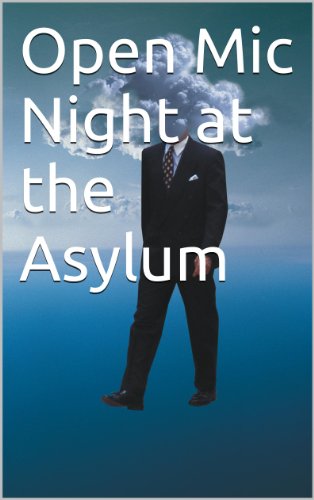 Book: Open Mic Night at the Asylum by Warren Siegel

about this book: Politics is a blood sport. No, maybe, it's hardball. Wait, If you can't take the heat...take no prisoners. Perhaps all those things and more. Powerful Washington families want to assure their lineage continues and that more power accrues to them. The Rands are no exception. She is senator. He is a former spymaster at the CIA. Their son, Tom, is being groomed for a political career, maybe the top prize. But he has a nasty secret from his Vietnam war experiences that could derail the enterprise. The old spymaster cleanses the problem. Or so he thinks.

A VA psychiatrist has a problem patient with delusional systems stemming from his experiences in Vietnam. At first he is difficult to reach, but when he is given an old microphone as a prop to play with what follows are rants that are highly troubling. The patient talks about evil deeds in the war zone, doing stand-up routines for the psychiatrist, an audience of one. No names are mentioned, but, through a series of coincidences the doctor becomes suspicious that Tom Rand may be at the center of his patient's nightmares.

The goddess Fortuna has surprises for everyone. The unraveling of the Rand's plans for their son is told against a background of political machinations and chicanery that will be familiar to anyone who remembers Deep Throat and reads today's newspapers.