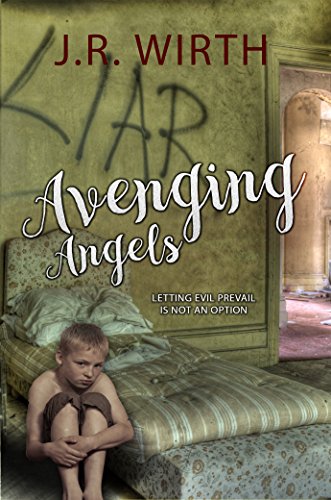 about this book: Avenging Angels is a mystery/suspense/vigilante justice novel that focuses on a group of professionals working in the field of children's protection. The core group of friends consists of Detective Carrie Gill and a handful of social workers who, at their weekly happy hour get togethers, adopt the name the Karma Klub. Each member of the group either discusses wanting to inflict harm on perpetrators of child abuse or have strong motivations to inflict retribution for victimizations in their past.

My motivation for writing Avenging Angels came when I spent a season of time working for the Riverside County Department of Children's Services, I California. As I mingled with the many agencies and CPS staff, and heard the stories, I immediately got the idea. Then, as I conducted the initial investigations my, interest piqued. Many of the situations are inspired by actual cases and people I ran across. Though I initially started the book a while ago, I didn't get the chance to polish it until last year, as I was busy with other works and opportunities that kept arising, it is now out, and in my totally biased opinion, it is great. I had it reviewed prior to its release by "Readers Review," and this is a portion what the reviewer had to say:

• "The story line was exceptional and drew you into the lives of the characters. Each character is well constructed and the subject has been clearly well researched. The author can build a scene that is so realistic, it touches every one of your senses. A superb story from start to finish with tension and thrills throughout."

Beginning with the murder of one the most notorious child abusers (fictional) in history, Kate Montalvo, one by one, other perpetrators of child abuse are murdered, or mutilated, after they've been discussed during the weekly happy hour, Karma Klub, meetings. The crimes mirror the abuse that the victims endured, but with a lethal, or near lethal, conclusion.

The story finds the female protagonist, Jennifer Reilly, a new social worker, fresh out of college and awaiting her first assignment. Too new to have her own caseload, Jennifer shadows long-time social worker, Kelly Bond, nicknamed K-Bond for her innate investigative prowess. Together, K-Bond and Jennifer conduct initial investigations to determine whether abuse has, or has not, occurred.

In her first case, Jennifer accompanies K-Bond to explore a new referral and they uncover sexual abuse perpetrated by an uncle (Louie), who later turns up dead, with mutilated genitalia.

After her first day on the job, Jennifer is coaxed into joining the happy hour group where she meets Joe Carpenter. Jennifer and Joe hit it off immediately and become an instant item. Together they become suspicious about the string of coincidental deaths. When they decide to investigate, they find mounting clues around every corner. The clues, however, lead to more questions about their colleagues, and others close to the group, since each has motive and opportunity to commit the crimes.

I am a practicing psychotherapist, which helps give me insight into the human mind and condition. I like to think that I have a strong understanding of the emotions of a moment in time, as well as the inner workings of my characters. I currently have several pieces published—including a poem and several short stories in online venues. 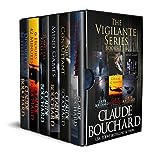