about this book: Vietnam is in the news again, so let's hope it does not revert to this:

In the 18th Century three brothers from a small village, Tay Son in the south of the Vietnam start an insurgency movement and begin by overthrowing the corrupt Nguyen dynasty in the south, and then the rotten Trinh dynasty in the north, but they remained subservient to the Le Emperor in Thanh Long (Ha Noi today). One of the brothers, Nguyen Hue, showed great aptitude for military action, and defeated the 20,000 invaders sent by the monarchy in Siam, in the Mekong delta who had been summoned by the sole surviving prince of the defeated Nguyen dynasty.

The Le Emperor gives his youngest daughter, Princess Le Ngoc Han, in marriage to Nguyen Hue and they move the capital city to Phu Xuan (now Hue city). Shortly after the Le Emperor in Thanh Long dies, and his son takes over as Emperor, assuming he can ignore the Tay Son movement. He is removed and flees to Beijing to meet the Manchu Tsing Emperor, whom he persuades to restore him as Emperor. The Manchu Tsing Emperor, Kien-Lung, who with visions of restoring Vietnam as colony of China, appoints Governor Ton Si-Nghi (Soun Che-y) with a 200,000 strong Tsing invading force. Nguyen Hue declares himself Emperor Quang Trung and he leads the Tay Son troops who move quickly to Thanh Long and they defeat the Tsing invaders in just a few days, cementing the position of Quang Trung as a supreme military leader.

Emperor Quang Trung begins both agricultural and educational reform, supported and advised by his knowledgeable wife and advisers, but he dies suddenly aged just under 40. The grieving Empress lives only seven years longer herself, but writes some of the most stirring and beautiful poetry about her love for the Emperor, before she dies herself at only 29!

This novel took about two years to write and intensive research, which was difficult as most documents are in Vietnamese. The title was obvious as there is a street named Quang Trung in every major town in Vietnam.

Other books by BUTTERFLY BOOKS (more) 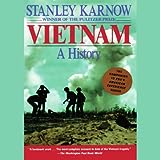 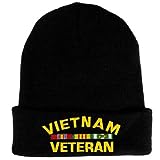