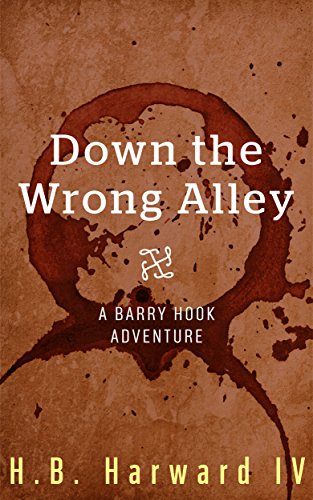 about this book: Down the Wrong Alley is the first in a series of novellas, set in the late 1920s, about the adventures of Barry Hook; in it, he goes from a run-down former rum-runner with a brawling problem to a trainee member of a vampire-hunting organization after an alleyway encounter, discovers (with the aid of his trainer, Lydia Baumann) a collusion between the Mafia and vampires. Written in an intentionally somewhat comic-book style, each Barry Hook story will be episodic, but fit into an overarching narrative. Despite a lack of commercial success, anyone that I've talked to who's read it has enjoyed it.

The cover was done by the lovely Kyri A. McClain; it may not precisely match the tone of the story, but I've a dearth of feedback to draw from.

My tumblr, where I'll occasionally post a status update on the progress on the next issue or other projects I'm working on, is to be found at: oricsharp.tumblr.com. At the time of this writing, the only post is a preview of this story, come to think of it.