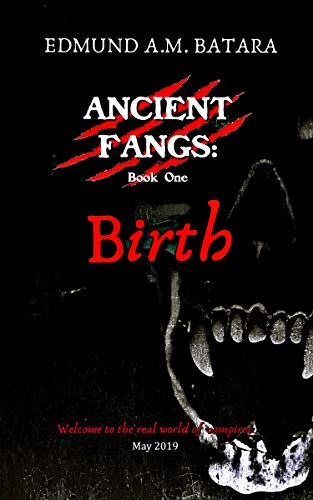 about this book: A chance encounter during a fateful drunken night made Jake realize vampires do exist. And they don't twinkle.

Now a rogue half-breed, the ex-covert operative is warned by a mysterious benefactor with his own agenda that he's marked for termination. The clans don't suffer a stray rogue to live. So, Jake declared war on them. He'll be double-damned if he'd go down without a fight.

He will uncover the loathsome truth about the hidden world of the inhuman predators who changed him. His war will bring him to the myths of the distant past, battles with the various vampire families, and show him the different kinds of the species. Jake will encounter various creatures of the night and learn the distinction between being human and a true revenant.

Along the way, he will discover a possible way of recovering his mortality. But first, he has to be far stronger and more powerful than what he is today.

Warning: Violence, gore, nudity, some scenes of a sexual nature. For mature readers only.