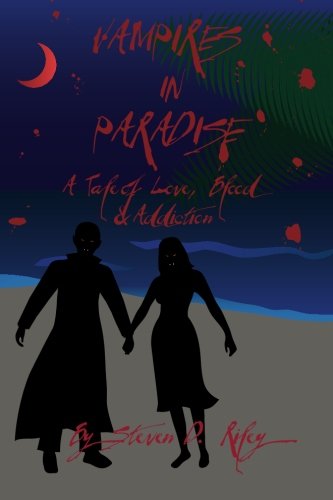 about this book: The novel is about a man who witnesses a vampire attacking his paperboy one pre-dawn morning when he steps outside to get his paper. The vampire see's him and tries to get to him before he escapes inside his home, safe across the threshold she needs an invitation to cross. Having seen her performance in his apartment building parking lot, he's hesitant to extend the invite, even though he is stunned by her beauty. It is the story of Aaron, the man who just wanted to read the paper, trying to convince his girlfriend and others that come into the story, that the vampires are real and are after him. But no one believes him until the vampires show up hunting him after the sun goes down.

The primary readers of this story are people who have a passion for vampire fiction. Too, anyone who enjoys a thriller, a good chase story. It is very action/adventure, and a mystery to the very end.

The book is set in San Diego, California. I lived there for many years and always considered it the closest thing to paradise I have ever seen. So the title just came naturally to me.

The cover was my idea. I really enjoyed Bloodsucking Fiends and Bite Me by Chris Moore. I gave my illustrator copies of those two covers for inspiration and told him I wanted a night beach setting.

The hardest part of writing the book for me was finding the time. I have a business and it used to take a lot of my time. I wrote Vampires In Paradise over about a five year period in fits and starts.

The only research I did for the book was to refer to San Diego street maps to keep the locations authentic. The world of vampires doesn't usually require much research beyond the authors reading of other vampire works.

The main thing I learned from carrying a story from start to end is that you don't have to bog yourself down in the physical details of a scene. Like what a room looks like, or even what a character necessarily looks like. The reader will do that for themselves and it allows your writing to focus on the action and the dialogue.

I loved every minute of writing this book. I feel intimately connected to each and every one of my characters - even the ones I killed off - and I hope you enjoy this little world I created as much as I enjoyed creating it for you.