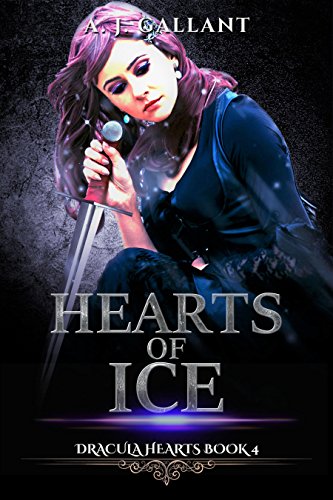 about this book: The Dracula Hearts series has been bitten and turned from a trilogy into a series.

Dracula and his daughter head back down into the newly discovered pyramid in Egypt where danger abounds. Moon Diamond and Zacharia are along for the trip with disastrous results.

Jenny is forced to seek another tomb to keep it out of the hands of an evil witch, so powerful that she will have to consider destroying it if she gets her hands on it. And terrorists are also keeping an eye on Jenny, with a red sheriff hot on their trail.

Additionally Dracula's young son Drake is also a wizard. The young child is being watched by a 90-year-old vampire named Annie. But no one appears to realize just how powerful the boy is.

Jenny is sought after by a young Egyptian who won't take no for an answer.

Adventure, romance, and vampires. Oh my.

Other books by A. J. Gallant (more)