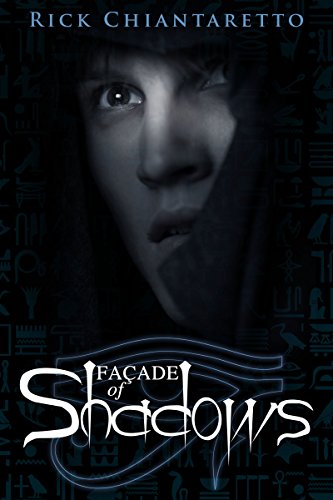 about this book: Facade of Shadows is a very special book to Rick. The first edition was published back in 2006, and was written when Rick was still in high school. It was inspired by a short story that he wrote when he was 17, which subsequently became the prologue to the novel.

Facade of Shadows is a dark YA novel best suited to ages 12-18. It is a mix of Egyptian mythology and vampire legend. In the book, supernatural beings of Egyptian lore work together with modern-day vampire slayers to wage a pivotal battle against the dark powers of the underworld, led by the Egyptian god Set and his son, Lucas. A group of slayers and their "Protector" Horus, the son of Isis and Osiris, struggle to save the population of an unsuspecting town in a conflict that foreshadows the fate of the world.

Rick brought this book back to life in 2014 to stand as an example that even young writers can be successful if they put themselves out there.