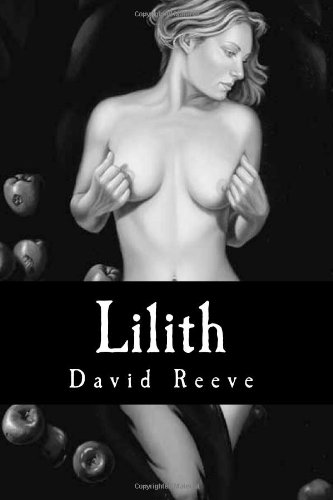 Book: Lilith - the one, the blood, the immortal by David LeRoy Reeve

about this book: Lilith is about a vampires whose existence spans across time. She is the progenitor of the vampire race and was the first woman, with Adam being the first man. Much, much later, Lilith meets a man named Joshua Dalmare, a handsome, 27 year old man, whom she deems worthy to entertain. She 'entertains' Joshua sexually for a short while, then reveals her true nature by tossing him about the room, exerting her dominance. Joshua's mind slowly begins to process the existence of vampires as Lilith, calling herself Lily, begins to feed on him. In a desperate attempt to survive, Joshua begs Lily to turn him and Lily is intrigued. She begins telling him of the story of her life, starting at the creation and going through to her founding of the city of Sodom. Then Lily's story skips ahead several thousand years to Egypt and her rule there. She also tells the story of how her rule was thwarted by Moses, a powerful Hebrew sorcerer. All the while that Joshua is listening on, the clock is ticking, as Lily has given him the option of becoming a vampire or dying an agonizing death.

I had wanted to write this book for a long while, I just never thought I'd have the ability to do so. But, one day, I got on my laptop and couldn't stop typing. It started to take on form, transforming from my original idea into a story that jumps from Lily's story and back to Joshua's. I let a few people read it. They told me it's got a wicked twist and was thoroughly enjoying to read.

I did do a lot of research for Lilith. I had to research the Bible profusely, trying to find the ideal places to insert Lilith and the appropriate stories to omit.

To my readers, I would want to say buy the book! Thanks to all those who have already purchased it and I hope it begins to do real well. I intended for Lilith to be the first in a series of novels. Her story is much too long to be summed up in one five-hundred page book, but that all depends on the sales of this book. I did, however, start typing the second Lilith book, and I got to say, I've added some interesting new twists of evil.