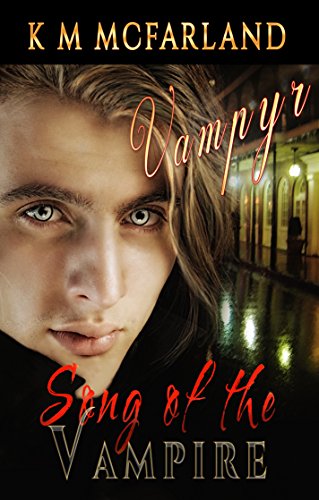 about this book: Inspired by New Orleans colorful history, an antebellum home rumored to be one of the most active haunted houses in the world, and the old buildings lining the streets of the French Quarter, Song of the Vampire took flight.

The story revolves around one of the old three story renovated buildings on Bourbon Street that serves as a music club named Vampyr and residence of its owner, former rock star Quinn Forrester. In 1989 Quinn was living a dream with his wife, a baby daughter and a hit record until the night he was turned to a vampire by the mysterious Giselle. Finding himself alone in a cold new world, he sadly realizes he can never return to his life as he knew it. Eighteen years later his reclusive world is shaken by Nadia, a beautiful young singer performing at Vampyr, when she is revealed to be his daughter. Demanding answers to why he left his family and why he hasn't aged, Quinn reveals himself to her as a vampire. Moved by his story, Nadia and Quinn bond. Quinn becomes less concerned with his own pain as he begins to focus more on his daughter. Nadia slowly pulls him from his lonely existence showing him he can still enjoy the things that he once loved in his mortal life, only in a different way.

As Quinn begins to make peace with himself, a series of recurring dreams leads him to remember Giselle and how he once loved her. Who is Giselle? Why did she turn Quinn? How evil is she?

Video: Song of the Vampire