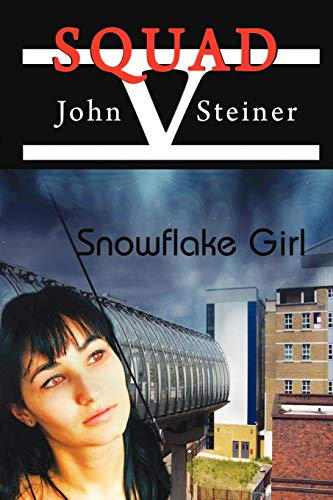 about this book: Snowflake Girl is the second book in the Squad V series, but pivots toward a vampire as the main character, rather than the special ops team hunting them. While Cecilia Freeland didn't intend on being infected, and finds being a vampire more bad than good, doesn't matter to Squad V. So, she has to flee from city to city, and live carefully, lest she be discovered.

As a metaphor, Snowflake Girl deals with the issue of how survivors of sexual assault are victimized again by the law and society. Cecilia comes from a poor and predominantly minority neighborhood, and encounters with law enforcement often are adversarial.

To make things worse, her ex-boyfriend from high had become an evangelical Christian, joined the Marine Corps and later was recruited by Squad V. Though vampirism exists purely as a phenomenon of science, he interprets his role in Squad V as combating Satan's powers. Official policy is that all carriers of the vampire pathogen are to be "pacified" with fire to control contagion.

One day, their paths will cross.