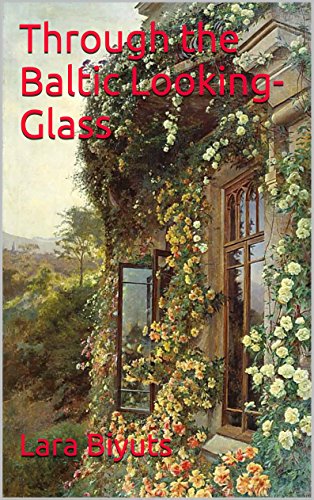 Book: Through the Baltic Looking-Glass by Lara Biyuts

about this book: Set in Europe in 1912, the novel is written in the form of travel notes by Oscar Maria Graf, observant globe-trotter, younger contemporary of Oscar Wilde. A Stenbock-like figure, by his origin and his dabbling in literature, Oscar Graf is much hotter, more active and pragmatic than Eric Stenbock (1860-1895) whose friend he used to be in virtue of his living in London. The historical "Through the Baltic Looking-Glass" is previously self-published in a series of 9 books. PART 1 "In the Island. Adventures": The series of his adventures in the fictional island in the Mediterranean Sea ends when he receives a message from his homeland in the fictional Baltic country Nyomanland. In the message, his cousin asks him to come because the cousin's mother disappeared and something is wrong at the household. Later, on his way, he meets one mysterious foreigner of the name of Kornelis Aboleo Lord Ravensable von Holstein who travels along with cousin Adrian Magnhus Lord Wolfhampton von Holstein. PART 2 "On the Continent. Quest I", PART 3 "On the Continent. Quest II", PART 4 "Ghosts, Notes, and Other Evidence", PART 5 "Liberties with the Dark", PART 6 "Theatre des Noctambules", PART 7 "Gay with Streamers", PART 8 "Darkness to Illuminate", PART 9 "From the Owl's Wing to the Bat's". Word count 223 000