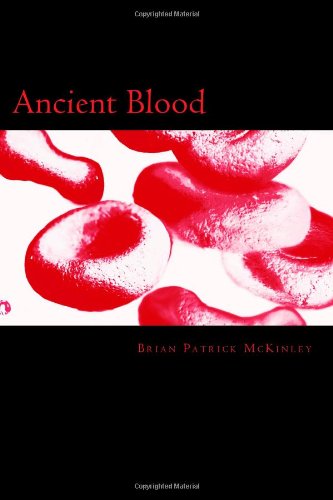 Book Review: Ancient Blood - A Novel of The Order by Brian Patrick McKinley

about this book: Ancient Blood is the story of Avery Doyle, who is obsessed with all things related to vampires. He's seen the movies, read the books, researched the folklore, and bought the t-shirt. Like a lot of guys of his generation, life hasn't been so great for Avery and his fondest wish is to be one of those cool, sexy vampires that are in such high proliferation these days.

There's a certain black-comedy, be-careful-what-you-wish-for element to Ancient Blood that I think is especially relevant and timely amid the slew of hunky teen heartthrob vamps out there, but the story is more than a satire. I have a lot of similarities to Avery in my vampire fandom and tried to express both the beauty, the fascination, and the horror of the vampire throughout this novel with love despite the slightly deconstructionist tone. The vampires in the novel all very deliberately represent a particular type of vampire from cultural history and fans of the genre should get a treat out of recognizing the various characters for what they reflect.

This was a project many years in the making and I hope you'll give it try and enjoy it as much as I enjoyed writing it.

From the moment I picked up the novel, I was completely enthralled. I'm generally not a huge fan of first person narrative but it worked well for this novel and really gave it a more personal style. The characters were intricate on par with many of those created by George R R Martin, which is to say that they weren't your typical protagonist/antagonist; each individual had both merits and flaws, meaning that no one was definitively labeled as the stereotypical "good guy" or "bad guy". Its not often that a novel so holds my attention that I finish reading it in one sitting, but this one ranks among that small number. [by Mike] 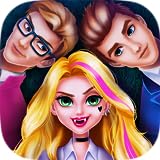