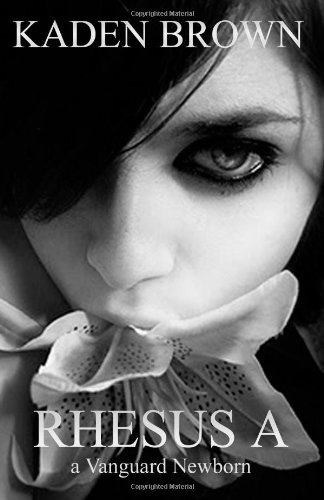 Book: Rhesus A by Kaden Brown

about this book: Depressed and alone, from a broken family and a murdered brother, Dee awakes on the pavement having been assaulted. Covered in blood and slipping in and out of consciousness she is rescued by her best friend's family who give her blood to heal.

Upon recovery she is mortified to learn that she is now undead, an immortal – with a liking for Rhesus A positive. Oh, and seriously screwed by her new family of outcasts.

Being made a Ward of the Vampyre Council, and candidate for the secretive Vanguard Society is the least of Ashley's problems. Or so she thinks. A grouchy tattooed mentor with no patience, a face that everyone is terrified of, and not being allowed home are enough to worry about.

Ashley doesn't know it, but powerful forces are aligning and she is their unwitting target. Then there's the plotting and scheming of the Council Overlords who hold her life in their own hands.

Growing up as a teen in the undead world she faces loss, fear and betrayal. Ashley must survive long enough to help solve the horrific crime that shocks the immortal world and resolve the question as to who, or what, made her.