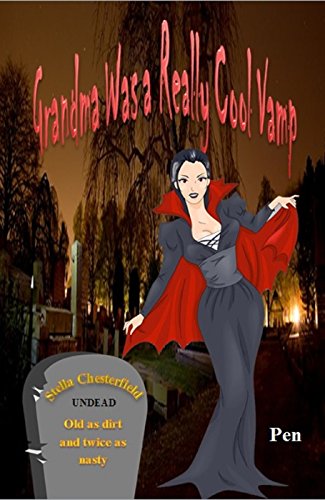 Book: Grandma Was a Really Cool Vamp by Pen

about this book: I loved the 1979 movie "Love At First Bite" with George Hamilton and Susan St. James. It was hilarious and wonderfully satirical.

Though Grandma is a little on the darker side, it is satirical in that it pokes a little fun at some of the mainstream vampire stories.

James Jacob Chesterfield is eight years old when he goes to live with his 75 year old Great Grandma Stella. It takes a little while for the two to get used to each other but they manage.

At age twelve he discovers she's a vampire. He takes it in stride until he is bitten by a vampire himself when he's sixteen.

It's a delightful romp and a different look at the world of vampires.

I had written the first part of Grandma some years ago. While I was waiting for the official release date of Nero's Fiddle, I completed the second part.