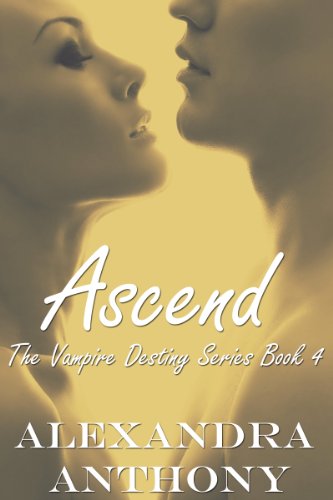 about this book: In the fourth installment of The Vampire Destiny Series, Josephine Anderson finally wakes up as a true immortal, and she left her half-human life behind. She has doesn't have time to adjust to the change however; her evil father has gone missing in action and he wants nothing more than to destroy her and her vampire mate, Stefan Lifsten. But Stefan & Josie have other plans…

They head back to Josephine's childhood home to search for the lost journal her uncle kept – a book that may unlock Stefan and Josephine's shared past. While searching, her world is once again turned on its axis when she meets Liev Banin, a colleague on her deceased uncle and fellow vampire, who reveals a long-kept secret that will change everything for Josephine - and her family - once again.

Even though she's still reeling from her discovery, they are rocked to their core when a trusted friend deceives them…and threatens to destroy them all.