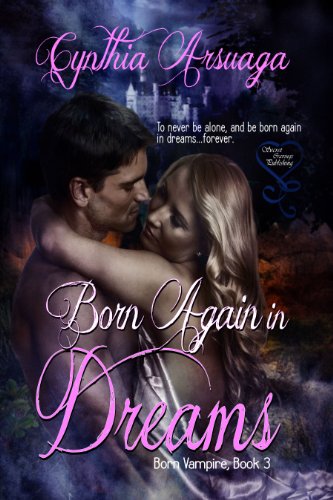 about this book: The idea for this story, the third in the Born Vampire Series, came about from a show I saw on the History Channel about savant-ism. I was fascinated by the people affected and the different types and did extensive research and from there formulated the heroine's conflict, but with my own twist to work in the vampire world I'd already created from Books 1 and 2. I used as a model for the heroine someone who had an artistic ability. I had an idea I wanted to expand on from a movie I saw years before and together made the ability the heroine, Merliah Travers, an unusual but plausible one. I also did something a little different by having a POV for the villain which I've never done before to the extent I did in any other story. A very bad and dark psychological serial killer was hard to get into that character, but I think came out well. I actually had to write an alternate ending encompassing the last three chapters before getting it right.

I spent over a year and a half working off and on with the manuscript and I'd have to say one of the best books I've written.

Log Line: Two lost, scarred souls battle their inner demons and a fanatic killer to unite as one, to never be alone, and be born again in dreams, forever.