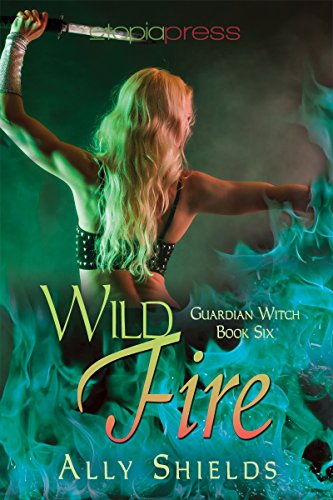 about this book: Wild Fire is the sixth urban fantasy I've written involving Arianna Calin, a guardian witch, and her love interest, now husband, vampire prince Andreas De Luca. Since I'll be saying goodbye to these characters at the end of book seven, this story begins to set up the finale, tie up a few loose ends, but it also adds new complications to the overall story arc.

The O-Seven, the powerful European council of the seven original vampires, just can't leave Ari and Andreas alone. But we finally get some hints of what may be behind the elders' constant harassment that often escalates into attempts to force their recruitment or to kill them.

When an old enemy binds part of Ari's powers and two of the vampire elders are coming to America, Ari and Andreas search for some way to protect themselves and those they love. The only possibility that they uncover may be riskier for Ari than any previous challenge, and it will leave Andreas to face the O-Seven alone - maybe permanently.