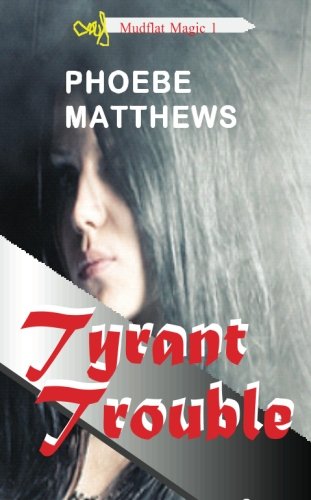 about this book: When a conman wants you as the patsy for a crime, you run, right? That's what Claire, an underpaid Seattle woman, decides. She makes it out of town and into an Otherworld situation that is filled with so much terror it makes the conman and his threats look easy. What's worse, even if she survives, she has no idea how to get out of Otherworld and back to Seattle.

Tyrant Trouble won the Eppie for Best Fantasy of 2009 and became the first novel in the Mudflat Magic series. The first book is set on the Olympic Peninsula. The next five books are based in Seattle in Claire's neighborhood, a community of families with weak inherited magic. Weak magic attracts strong magic, and strong magic means trouble every time. The books in the series are available in ebook and paperback. And oh yes, the seventh Mudflat Magic novel is at the Work-in-Progress stage. There are also several short story collections which include Mudflat stories, some originally published in magazines and anthologies.

Other books by Phoebe Matthews