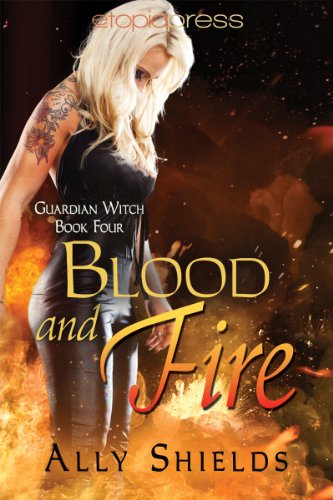 about this book: Ari Calin's fourth adventure as the Guardian and supernatural cop for Riverdale's Olde Town district begins with the murder of a TV celeb, a treasure hunter. Bad enough with all the publicity involved, but they can't reveal the true cause of death—black magic—without causing public panic. Any reminder of Otherworld powers used for evil purposes might cause even the mildest human to start checking under the bed.

Just as the murder investigation starts, a terrifying vampire enforcer—a polite name for assassin—arrives from Europe, asking questions about the death of Sebastian, who Ari and her vampire boyfriend Andreas, killed in the last book. And there are secrets about the incident they don't want to reveal.

On the personal side, Ari is not only wondering where charismatic Andreas fits into her long-term plans, but trying to keep her human friend Claris from falling for the handsome vampire Gabriel, and looking for adoptive parents for her cat Bella's four kittens.

With murder, the dark arts, and even a ghost in the vampire caverns, Ari tries to juggle it all, solve the mysterious death, and keep everyone else alive.