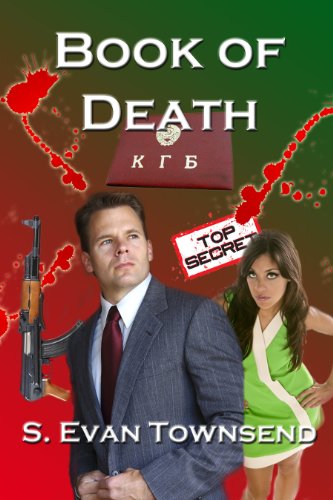 about this book: Sometimes mistakes turn out to be serendipitous. I thought the "Summer of Love" in San Francisco was 1968 so I decided to set my urban fantasy novel Book of Death in 1968. I started doing research on 1968 and found that it was, as I remembered, a very tumultuous year. Martin Luther King was assassinated. Robert Kennedy was assassinated. The Warsaw Pack invaded Czechoslovakia after the so-called Prague Spring when the government loosened many of the communist restrictions on the people. That was the year Richard Nixon was elected president after Lyndon Johnson announced he would not run for re-election.

Oh well. My research indicated that by 1968 the Haight-Ashbury district in San Francisco had gone seedy, the hippies had moved out, and it was pretty much just a crime-infested quarter with a lot of run-away teenagers and dope addicts.

And I went for it. Book of Death is a novel where some people have powers. They are called "adepts" and they disdain most of the worries of "lessers" (those that can not match their powers). But when Cuban intelligence agents try to assassinate an adept leader, it is up to Peter Branton to find out why. This takes him from San Francisco (and a nasty bar in the Haight-Ashbury) to Transylvania in communist Romania. There he finds something that hasn't happened for 500 years: necromancers who have even stronger power than the adepts and a taste for human blood. Can Branton defeat them, let alone survive? And what does the invasion of Czechoslovakia have to do with the necromancers' plans for world domination?