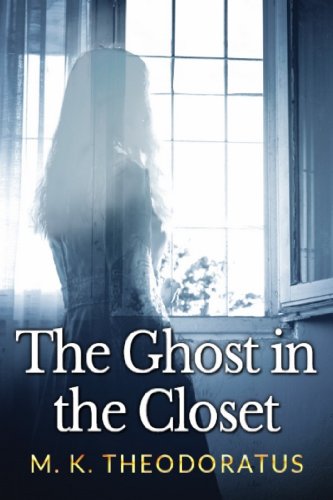 Book: The Ghost in the Closet by M. K. Theodoratus

about this book: Ghosts have plagued Dumdie all her life. The ability plagued her as a child. It complicates her life as an adult. When she is fired from her job because her boss thinks she's having TIAs, she becomes homeless. Good luck gets her and her friends into a private shelter as winter sets in, but she almost runs. Her room is haunted by the ghost of the woman who endowed the private shelter.

But the home is in danger of folding. The will that endows the shelter is lost, and the ghost wants Dumdie to find her will to save the shelter from closing. The race is on.

Read a fun story about overcoming great odds, with a little mystery thrown in for spice.

Video: The Ghost in the Closet by M. K. Theodoratus