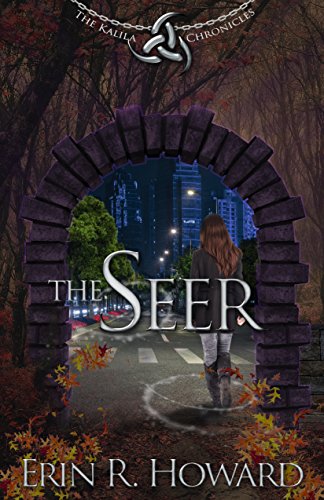 Book: The Seer - The Kalila Chronicles by Erin R. Howard

I mean, he is a demon after all.

From these questions, I jumped straight into this story about two brothers: one who was a demon, and one that was an angel, and how they were fighting over this girl who could see into the spiritual realm.

I have a feeling that Viktor will not be the only main character that I write that's a villain or an unlikely hero. I think he will be just the beginning. Here's the back cover blurb:

Viktor has one order to follow:
Kill the girl before her eyes are opened.

For thousands of years, his job has been to torment and kill seers: humans that have the gift of seeing the spiritual realm. So it was no surprise when his brother Matthias was once again sent to stop him and protect the girl.

Now the last of the seers' bloodline hangs in the balance, as the estranged demon and angel brothers are forced to work together to save a girl's life and escape to the sanctuary city of Bethesda.