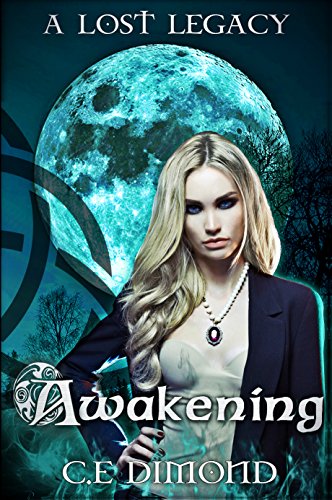 about this book: I never thought this would be my life. One week I was a normal teenage girl, the next, my world was being turned upside down. My mother is missing, and I've been ripped from the only life I've ever known and transported across the country to Broadhaven. Here I discover the secrets I never knew about myself, my heritage and the power that's been hidden for so long. I was not prepared for the Awakening or the ancient Celtic prophecy that only I can fulfill. My discovery of my true parentage has thrown me on a path I never planned to be on. Now, my loyalties are being tested and I must learn who I can trust. It's time I embraced my lost legacy, and stop the prophecy from coming true.

A Lost Legacy: Awakening is an Urban Fantasy book. A plight of modern day teenagers being forced to carry a millennia-old magical legacy on their shoulders. They can't let the ball drop because without them thousands of years of Celtic tradition and the magical lines of their Monarchies could disappear. Imagine homework on top of all that!

When I originally began writing this story, it was an entirely different book. The main character was named Saphire, and the magical legacies were descended from witches of Salem. After about two years of working with this idea, the thought popped into my head to instead incorporate what I knew, Irish history and folklore. So I re-wrote the story and incorporated all my favorite elements of the epic legends. Two more years later I had a completed version of AWAKENING.