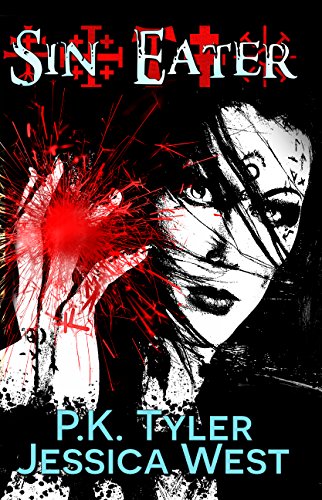 about this boxed set: Nik is a Sin Eater struggling to accept his place in life. He wants to do right by the kids in his care at the flophouse and by his best friend Zeph, but it seems like something more than just bad luck is at work against him. Every step he takes brings him closer to his calling, and further away from those he cares for. Quitting is not an option, he may the last of his kind, but the consequences aren't his burden to bear alone. To save Zeph, to save the world, Nik will have to do the one thing that could destroy his best friend and their tenuous bond.

Zeph is a priest who keeps a tight grip on his emotions. A misguided mentor in his youth saved him from an intensely abusive father and put him on the path to redemption for his perceived sins. His whole life is dedicated to more than his church; his purpose is to deny his deepest desires, to shoulder the burden of sin so that Nik doesn't have to. When his estranged sister, Adel, stumbles back into his life after being assaulted and pursued by a demon, Zeph fears he'll have to choose between his best friend and family. He couldn't make that choice the first time when his father demanded it, and he barely survived his father's wrath. Now, he's got a second chance with Adel, but not if Nik's Sin Eating puts her in the path of danger.

Vai is the voice of reason and a snarky one at that. When reality threatens to unravel around them and all hope of happiness has disappeared, she keeps them together and on target. But the Romani mortician can only do so much, even with the help of her people. Besides, she's got her own issues to deal with, namely Riley, the Romani man she's been betrothed to but dodging since childhood. When the stakes are at their highest, she has no choice but to face him and deliver the news she knows will crush him. And work with Nik to save the world in the meantime, of course.