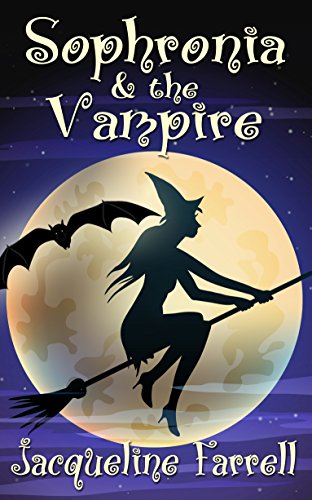 Book: Sophronia and the Vampire by Jacqueline Farrell

about this book: I think of this novel as 'Twilight for the Menopause Generation' or 'Twilight meets Terry Pratchett'. I love paranormal romances but having hit 50 (and beyond now!) I was beginning to find it a bit sad that I was always having to identify with a teen or twenty something. I think that older women have something to contribute and being a bit of an old hippy and retro-feminist, I decided it was time to own the word 'crone' and celebrate being a mature woman rather than try to pretend that we all fade away around 40. Plus I really liked the idea of a heroine who was devious and sly. That's how Sophronia was created. I also like characters in novels who have a sense of humour and don't take themselves too seriously - as some male vampires seem to do. That's how Hagen was created. So if you're a woman of 45+ who loves paranormals but can't relate to the perky young heroines, give Sophronia a try.