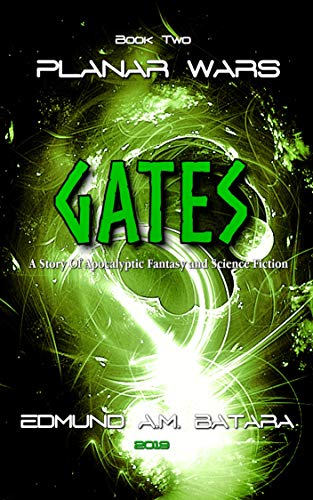 about this book: The second book of the Planar Wars series.

Eric just discovered that the breaks in the dimensional veils were getting larger. More worlds are being pulled to merge with his present reality, and the latest entry just showed up.

The Mesopotamian underworld was one of the oldest in Earth's mythology and the first to make its presence felt as a result of that disastrous military experiment involving dimensional rifts.

But that ancient underworld was also in chaos, with each demonic chieftain trying to stake their claim on the new territory, often over the violent objections of another. It was a worldwide nightmare, with monsters of that netherworld stalking humanity when not busy fighting each other.

As mankind's cities and settlements fell one by one to the avaricious hordes hungry for blood, flesh, soul, and domain - a new entry to the Earth sweepstakes literally dropped into the scene

War among the Mesopotamian underworld factions, and now a fresh round of chaotic struggle portends with the arrival of mythological entities believing it's now the Twilight of the Gods.

Will they be friends or foes? Unfortunately, what Eric remembers of that mythology reveals possible allies and definite enemies. The newcomers themselves are beset with old, persisting hatreds and deadly grudges. They might now be at peace, but the present Armageddon might be the catalyst for a larger and final conflict.

And humanity continues to be caught in the mythological maelstrom, still desperately trying to find a way to fight back and retain the world it calls home.