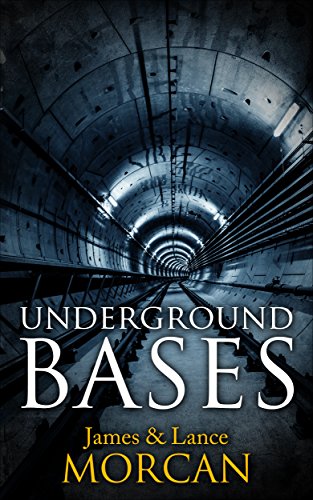 Book: UNDERGROUND BASES - Subterranean Military Facilities and the Cities Beneath Our Feet (The Underground Knowledge Series Book 7) by Lance Morcan

about this book: If we are correct and a more scientifically advanced offshoot of humanity (the Splinter Civilization we refer to in this book's introduction) co-exists on the planet right now, it's a safe bet 'they' maintain their secrecy by going about much of their business in underground bases. Not only in America, but most likely the world over.

In 'Underground Bases' we ask where else short of colonizing another planet could they hide the required plant, machinery and equipment – and the manpower to operate it – away from the prying eyes of Joe Citizen, investigative journalists and inquisitive everyday people like us?

Worth noting is that security at the entrances to known and acknowledged underground facilities is at least equal to security at the border checkpoints that separate nations. This seems to add some weight to the theory that we are dealing with a Splinter Civilization and this small but powerful group have purposefully divided themselves from official society, or from the world as we know it. More correctly, the global elite have separated us from their society because they're able to operate in both worlds – above and below ground.

We accept the concept of such a breakaway group may still seem hard to fathom, but consider comments made by Daniel K. Inouye, US Senator from Hawaii, in his testimony at the 1987 Iran-Contra Hearings.

"There exists a shadowy government," Inouye said, "with its own Air Force, its own Navy, its own fundraising mechanism, and the ability to pursue its own ideas of national interest, free from all checks and balances, and free from the law itself."

According to our research, this Splinter Civilization was able to grow so powerful and remain largely below the radar due to a number of complex events, which all intersected mid to late last century.

One was the apparent arrival of extra-terrestrials en masse, allegedly commencing around the time of the widely reported yet still classified Roswell UFO incident in New Mexico in 1947.

Another was the scientific improvements in tunnelling and digging technologies from the 1950's onwards. Again, one of us (Lance) can speak with a little authority on this, having gone through the Mount Isa Mines school of mining in the Outback of Queensland, Australia, working as an underground miner back in the late 1960's and following mining developments around the world with interest ever since.

The third reason was the Cold War whose 'national security' demands and the resulting unhealthy culture of secrecy it gave rise to encouraged governments to be less accountable to their citizens.

These coinciding factors all created a perfect storm for underground bases to be built and managed by the Military Industrial Complex and intelligence agencies as well as private corporations.

Those who have researched unacknowledged subterranean facilities are almost unanimous in their belief that the bases are funded by black budgets financed by a combination of banksters, drug wars and profits from (mainly mineral) resources plundered from unwitting Third World countries.

The US program for building these underground bunkers is known as DUMB, or Deep Underground Military Bases. DUMB has apparently been in operation since the late 1940's and there are now said to be hundreds of such bases in almost every state in mainland America.

In 'Underground Bases' we explore these military bases, and much more, not only in America but the world over.