about this book: This book is about two sets of twins; Regan and Ronan Jacoby, who are in the middle class in the fictional city of Ashburg, California and Mickayla and Savannah Powers, who are in the upper class of Ashburg, California. Their two schools (Ashburg Academy and Ashburg School of the Performing Arts, aka Ashburg Arts) are bitter rivals. Their schools names are mixed up in the newspaper and media all the time, which spurns the rivalry.

The two sets of twins are constantly mistaken for each other. When Reagan and Ronan find out that their single father, Officer Elijah Jacoby, is going out with Mickayla's and Savannah's single mother, famous fashion designer Dallas Powers, their lives are turned upside down.

Especially when a family secret is revealed.

This book is written by me and my three sisters, Mackenzie, Meredith, and Stephanie Jackson. We're a set of identical quadruplets, just recently turned twenty, and we've been working on this story since we ere in eighth grade. We have been working on the book for seven years, with lots of edits and lots of rejection put into the publishing process.

We came up with the title the same way we came up with the cover. 'Two Pair' is a poker hand and there are two sets of twins in the book, which is how we came up with the pair part of it. The only research that we did for the book was for names of stores that are actually in California. What we learned from writing the book is that we may all have good ideas, but that they won't always work at one time. Some of the better ideas we've had we have saved for the rest of the series. (As of now there's going to be four books in all, but who knows, it could be extended).

What we want to say to our readers is that you should never give up on your dreams. We have always dreamed of being published authors and we decided to self-publish because we believed in making things happen rather than waiting for them to happen. We also want our readers to know that as a set of quadruplets, and having twins in the book, it helps you understand that not all multiples are the same and that you shouldn't treat them as one unit. We're hoping that our books brings some insight into multiples and how they work.

This can be a book for boys or girls.

• "This book is definitely lots of fun, and I see that there is lots for girls to relate to in the characters and the smart, observant way you draw their community and social dynamics. It is a realistic girl book series that has a big commercial appeal" — Michelle A.

• "I think you really nailed the voice and social world with typical problems and tensions among the kids- not an easy feat, and I like your characters. You also set up some good scenarios." — Lynn F.

• "Finished Two Pair last night :) Really got hooked around page 100 and had to finish it. You kept us in suspense and made the reader look forward to the next volume!" — Annette S.

• "Two Pair shows an obvious understanding of teenagers, and gives insight into the dynamics of identical siblings from the perspectives of those who understand what it means to be identical, which is awesome (and definitely a hook -- who *wouldn't* want to read something by identical quadruplets?)." — Weronika

I picked up this book and I liked it a lot. It showed how teenagers view each other from a materialistic sense and that really is what teens are like today. Some small errors I wouldn't have noticed if I didn't do a double take. But great story likeable characters, I laughed out loud at some points. [by Kelly]

I loved this book! It really made me laugh at some points as well as as made me feel sad at others. I liked the dynamics in this book and I can't wait for the sequel.

I got this book and was a bit hesitant about it, since it sounded like it's only for girls, but I was wrong. This book can be for guys too. While it does focus on the four girls, their four guy friends helped me relate to them with different parts of me. The story really made me laugh at some points, I can see the sibling dynamic there, especially since it was written by four sisters. Didn't see the ending coming. All in all, it was a good read. [by Mike]

I got this book on one of the free promotion days and I'm glad I did! It's such a good read for teenagers and young adults. The dynamics of the two sets of twins and what they go through reminds me of Sister Sister and The Parent Trap. It was funny, it realistically showed a understand of what teenagers go through today, and it kept me entertained the whole way through. This book focused more on the characters Reagan and Ronan, so I'm guessing the next one will focus more on Mickayla and Savannah. Go get this book! [by Lauren] 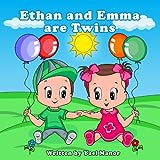 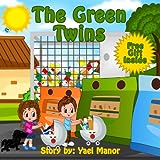 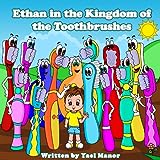