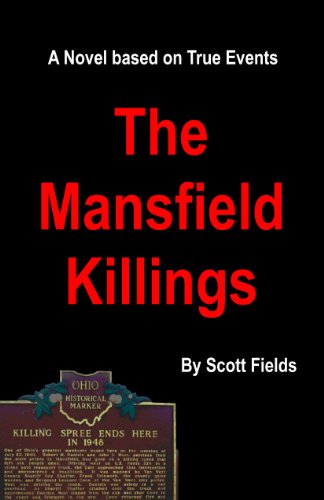 about this book: Two men murdered six people in a two-week period during the month of July, 1948. The killing spree swept across the state of Ohio and ended in a gun battle in Tiffin, Ohio. John West was killed and Robert Daniels surrendered. He went to trial for murder two months later and was executed 4 months after the trial. My book, The Mansfield Killings, depicts these events as they happened. I was at a book signing when a woman mentioned something about these killings. I spent the next month researching and interviewing surviving members of the victims' families. Normally, I write 500 to 700 words each day. My obsession with this had me writing 4,000 to 6,000 words each day. I finished it in just 4 months. While I was writing it, I had several ideas for the title. The Mansfield Killings was the decision made by the publisher and myself. Here in Mansfield, Ohio, this book has sold very well. In fact, one of the book stores declared it to be the best selling book of all times.

Other books by Scott Fields (more)