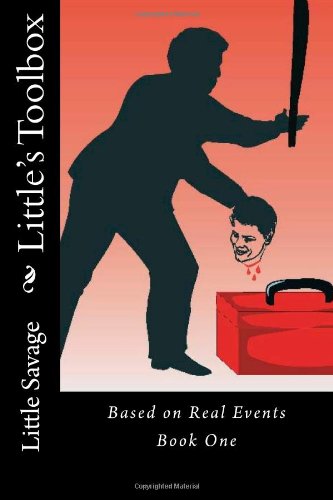 about this book: This is a very personal story of a young woman who meets and falls in love with the man who would later suffer a major brain injury. Full of youthful vitality Little and Tim feel the world is theirs and blessed that two so young would find the love of their lives. But in only a few short months their lives are shattered when Tim has a stroke.

This is the beginning of a frightening and deadly adventure that will culminate with one mans death and the shocking discovery that he was also dismembered. Little's Toolbox follows Little as she struggles to understand what happened to the sweetest man she ever met that could possibly change him into the dangerous and cold killer he became. At the same time, she must escape with her young son and protect him from a fate that she could barely accept.

Will she escape with her son and manage to live a normal life after her heart, and ability to believe,had been torn away from her so suddenly? And what would be Tim's fate after Little had abandoned him when she knew he was hardly more capable that their young son to survive on his own after the stroke?