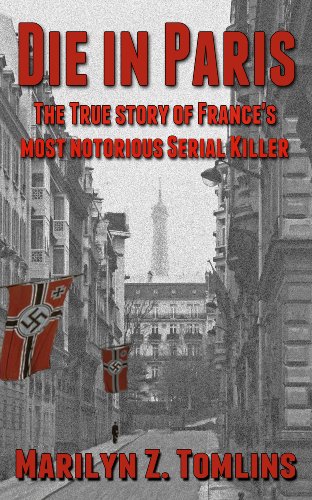 about this book: 'Die in Paris' tells the story of Dr Marcel Petiot, the WW2 French serial killer.

In March 1944, firefighters and policemen were summoned to a dilapidated vacant townhouse close to Paris's Avenue des Champs-Elysées because of a nauseating smoke which was pouring from a chimney. They discovered human remains burning in a furnace and in a pit lime was devouring more bodies. The house belonged to Dr. Marcel Petiot. He was known as a loving husband and father, and a kind and considerate family physician. He went on the run.

In August 1944, Paris liberated from the Nazi yoke, he was arrested.
In 1946, he was guillotined in Paris for the murder of 26 people.

The investigators thought that he had murdered at least two hundred. As one police inspector said wryly: "To be on the safe side, I'll settle for one hundred and fifty."

This is a book which would not only appeal to true crime readers but also to those who are interested in WW2 and in the Holocaust because many of the victims were Jewish, one of them a seven-year-old boy whose parents had him baptized hoping that the Nazis would believe him to be Christian and therefore not kill him.

You may say that you've never heard of Dr Marcel Petiot, but in this case, you will discover one of our world's most horrific serial killers.

You will at the same time discover a Paris very different from the beautiful 'city of light' tourists see today.