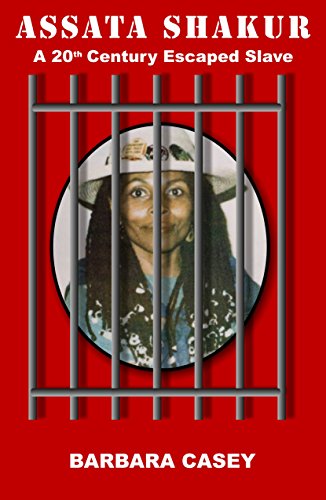 about this book: Joanne Deborah Chesimard aka Assata Shakur was the first woman to ever be listed as one of the FBI's "Most Wanted Terrorists."

In 1977, after numerous trials for murder, attempted murder, armed robbery, bank robbery, and kidnapping—all eventually leading to acquittals or dismissals—Assata Shakur was found guilty of the murder of New Jersey State Trooper Werner Foerster and the grievous assault of Trooper James Harper. Convicted to life plus 33 years, Shakur escaped two years later from the Clinton Facility for Women and fled to Cuba where she has lived in exile ever since.

With the shift in relations between the United States and Cuba, there has been a renewed call for Cuba to extradite the woman U.S. law enforcement officials call a cop-killer and a terrorist; while at the same time, the woman who has become a folk hero in the eyes of supporters and black Americans believing her to be innocent. To her supporters, Assata Shakur has been persecuted by a corrupt and racist justice system. Others are calling for her to be pardoned.

Despite the U.S. government pressing the issue, Cuban officials have repeatedly denied that extradition is negotiable.

With everything considered, an extradition of Shakur seems unlikely for now. But, if the U.S. government continues to press the issue, Shakur's fate will move quickly from the periphery to the center of national media attention. Residents of Cuba as well as Assata supporters in the United States are saying that Assata, if she hasn't already fled, has another destination selected—another home that will welcome her as a political refugee—should the need arise.

In my research, I was able to learn about the little girl "Jo" and how she was shuffled between her loving grandparents in North Carolina and her mother in New York. Always independent, it was her association with the Black Panthers and later the Black Liberation Army that gave support to her strong views and beliefs that eventually caused her downfall. Assata Shakur: A 20th Century Escaped Slave is the story of one of FBI's "Most Wanted Terrorists" before she became a fugitive and since.