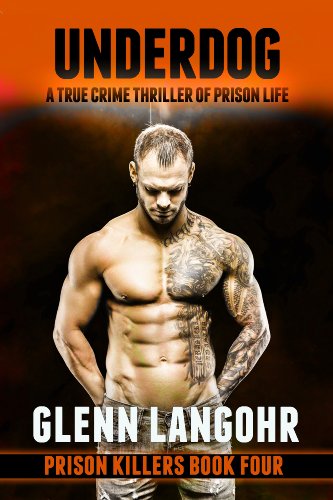 about this book: I wrote Underdog while some of the California prisoners were involved in a peaceful hunger strike to get attention to their plight. I published this book one day after Christian Gomez died from not eating at Corcoran State Prison. This book is especially important to me because I spent 10 years in prison on drug charges and turned my life around through writing while in solitary confinement where the hunger strikes started.

• "And ex-con Langohr can describe the hell of life inside better than any other writer. His vivid passages on just surviving in prison describe a nightmare we'd rather not know about. He compares the plight of abandoned dogs, locked and horribly mistreated in rows of cages in animal shelters, to California prison inmates, locked and abused in the same cages."
— John South, American Media

• "This book does not glamorize prison life but rather accurately reports on the cruel reality, which may shock and frighten many readers. The author skillfully makes the point that the general public has more awareness for and more compassion for caged dogs than for prisoners."
— JT Kalnay Attorney

Other books by Glenn Langohr