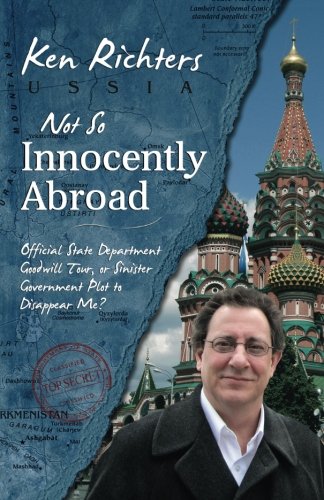 Book: Not So Innocently Abroad - Official State Department Tour or Sinister Government Plot to Disappear Me? by Ken Richters

about this book: Not So Innocently Abroad is actor Ken Richters' funny and irreverent travel memoir chronicling his month-long performance tour of Russia and Ukraine as Mark Twain on behalf of the U.S. State Department. From his paranoid reaction to being invited to the former Soviet Union—wondering if one of the countless politicians, government officials, or sitting justice of the United States Supreme Court he offended during his 30 year career were plotting his demise (thus the book's subtitle "Official State Department Goodwill Tour or Sinister Government Plot to Disappear me?"), to his panhandling spare change in Kyiv for cab fare, while dressed as Mark Twain, because security wouldn't allow his dinner date to travel in the Embassy's motorcade, the book follows his performance stops in Moscow, Kyiv, Odessa, Sevastopol, and Lavadia Palace in Yalta, through a series of humorous essays.

Before flashing back to 1981, when he spent a month paying off a corrupt KGB agent to look the other way while he dated a Russian ballerina, Ken Richters begins the book by apologizing for his writing style: "Insignificant details tend to spark unrelated thoughts and recollections that seem vital to enhance a particular sentiment, but which I also realize may only serve to complicate the plot ... I write as I speak and speak as I think. It is a trait that most women in my life have found exhausting." Witty, self-depreciating, and occasionally politically incorrect, Richters translates his thirty-year stage career as a celebrated storyteller to the pages of his first book, taking readers on an entertaining "diplomatic" mission to eastern Europe.

Video: Actor Ken Richter is interviewed at the U.S. Embassy in Kyiv, Ukraine following his performance tour as Mark Twain 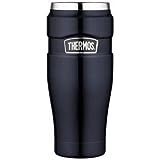