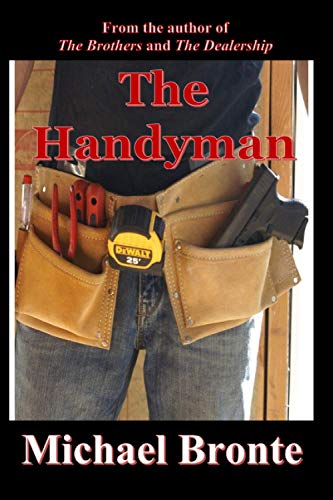 Book: The Handyman by Michael Bronte

about this book: I was inspired to write this book out of respect for how many of our fighting men had to rebuild their lives after having come back from some war, from someplace far away that they had no idea about before being deployed. It takes a lot of bravery and a lot of loyalty to fight for something you little about except loyalty to your country.

As an Army Ranger Jake Blackwell had done four tours of duty only to be taken out by an IED outside Ramadi. The result: traumatic brain injury. His army life was over, and he had to adapt to another way of life. As is true of many of our fighting men, the loyalty to our country went beyond the uniform, and when faced with a potentially horrible situation, Jake felt that he had to take matters into his own hands, despite the traumatic brain injury he'd suffered in Iraq. Not only did Jake risk his own life, but the lives of his family to stop the unthinkable from happening. That's really putting it all on the line, and our fighting men do that every day.