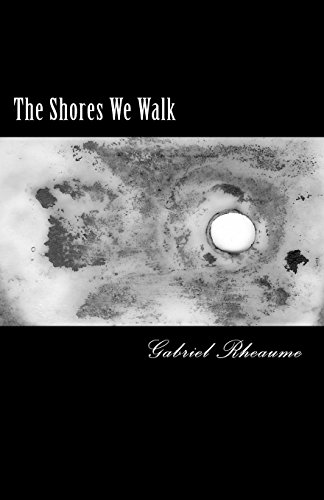 Book: The Shores We Walk by Gabriel Rheaume

about this book: "The Shores We Walk" started as a promise to a my girlfriend, Christina. In high school my girlfriend came from the most dysfunctional family I could imagine. The dad was an alcoholic/ former meth addict, the mother was morbidly obese, they lived in a dirty dingy trailer in the country, the typical things. I told her that her family was something from a different planet and I told her I would write a book about them. As time went on, tragedy began to strike. While I was in college, Christina's dad died, she got hooked on heroin, she killed herself, I got hooked on heroin, and things were going downward further and further. I had already been writing a little bit about her life, mixed in with my own personal writings, and the light bulb came on, in a drug induced delusion, "This is a tragedy!" So, I set forth to write a tragedy, in the Shakesperean sense. Studying literature, as I was, I decided, I was going to use all the tools and literary devices that I had learned during college, and put it all together to form a heavily drug influenced, surreal adventure, combine her life and other elements of my own life and other things going on around me to create "The Shores We Walk!"