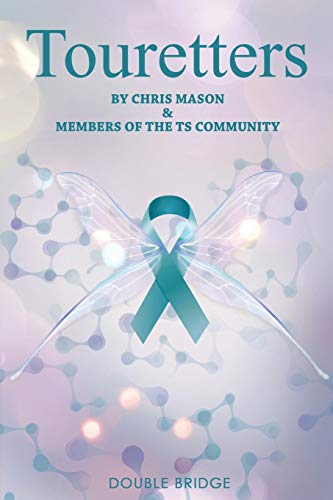 about this book: This book includes 30 true short stories written by people who have Tourette syndrome and parents of children with Tourette syndrome. This book raises awareness for Tourette syndrome. It helps uncover the misconceptions about this often undiagnosed and misdiagnosed disorder. What inspired me to write this book is that it is the best way I can think of to raise awareness for Tourette syndrome. The primary readers of this book are people with Tourette's, especially newly diagnosed patients, who have little hope, or would like to know what to expect for themselves or their children who have Tourette's. It took a year to collect the stories and put the book together. I used the title "Touretters" for the book, because that is the word that many people with Tourette's use to refer to themselves. On the cover I chose to use the teal ribbon that is the main symbol for Tourette's awareness. I chose to use the wings of a butterfly to refer to wanting to be free of the bullying and stereotyping that goes along with Tourette's. The ribbon and butterfly wings are surrounded by DNA helixes, because Tourette's is hereditary. The hardest part of putting the book together was collecting the stories. I had over 200 people who told me they were interested in telling their stories, but only 30 did, mainly because it was too painful. I feel like I am an expert in the field of Tourette's since I have been living with it for 40 years, so I didn't have to do any research. The main thing I learned from putting this book together was how cruel people can be, especially to people who have a disorder that they cannot control, that it is no fault of theirs that they have. I want to say to my readers that you cannot judge a book by its cover. You never know how a person is doing or what is going on inside them just by looking at them, so don't judge people.