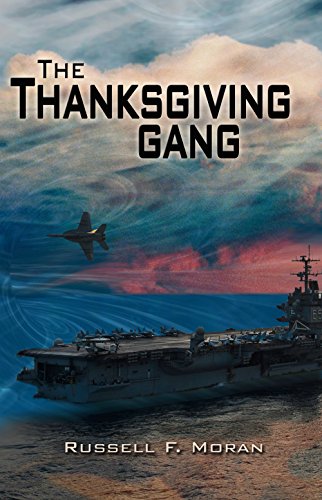 about this book: The Thanksgiving Gang, Sequel to The Gray Ship Book Two of The Time Magnet Series

The Thanksgiving Gang is a tale of time travel, friendship, and courage.

Jack Thurber has traveled through time – again. This was his fourth journey through time, earning him a nickname The Time Magnet. But this time he's traveled into the future.

He discovers that he and his Navy Captain wife Ashley Patterson were killed in a terrorist nuclear attack on Ashley's ship on Thanksgiving Day, 2015. Four other ships were attacked in what became known as the Thanksgiving Attacks.

Jack's got to find a way back to the past, the past when he and Ashley were still alive. To do that he forms a group of people to help him. They call themselves The Thanksgiving Gang.

Dare they change history?
Dare they not?

Rip-roaring, gut-wrenching suspense wrapped in a story of friendship, dedication, and courage.

• "I had never read a book before written in an efficient, minimalistic prose... Instead of writing what most readers want to read, he gives voice to life-like characters, with their flaws and prejudices. They are not infallible superheroes. It's always nice to find a new voice in fiction and to enjoy creativity at its best." — C. Ludewig

• "A suspenseful story woven around a spy-detective theme and has a few dashes of humor and romance besides. I read this in an afternoon and really loved it. Looking forward to more from this author in this series. The time-travel possibilities are endless and as the character of Thurber is more developed, he becomes more likable and believable. So OK! Alright! Bring on the next wormhole! Readers await." — J.C. Keller