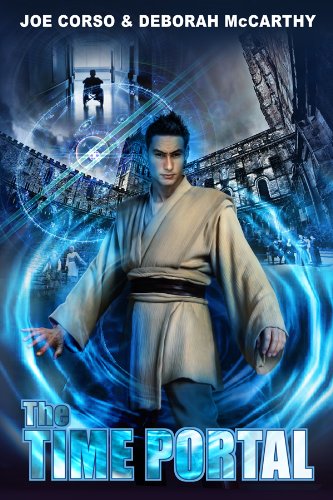 about this book: The idea for The Time Portal had been buzzing around in my head for quite a while until one day I decided to write what I had been thinking of for so long. While I had never written a book before I was always a prolific reader - so I followed the formula the writers in the books I read used. I fired up my laptop and wrote the The Time Portal. After the book was written I took a good hard look at it and realized that while the story had merit my writing was lacking. I was 75 years of age and thought that it was presumptuous of me to think I could write a book. Lacking confidence I showed the manuscript to a friend who much to my surprise liked the story and agreed to re-write the book and be my co-autor. The next step was to give the story to an editor who polished and tweaked the manuscript to what it is now. The story has all of the ingredients for an interesting and exciting read . . . mid-east terrorists, corrupt government officials, an injured man who after recovering from his injuries discovers the time portals that only he can see. Together with his partner Mickey the portals take them from the CIA to Harvard, from the Crusades to the Gladiators of ancient Rome, from nuclear weapons to safehouses.